Today at VMworld in Las Vegas, we learned of a new capability: virtual softphones! Mitel’s US desktop suite, UC-Advanced, includes a softphone (and presence, and IM), and it is now supported on VMware’s View virtual desktop infrastructure (VDI). To my knowledge, this is the first time a softphone is truly being supported on a virtual desktop. This is a game changer.

Sofphones and VDI have not made good company in the past. The softphone camp had to have a full operating system such as Windows or MacOS and the VDI camp had to have a physical phone such as a desk set, mobile, or something for real time voice. Organizations opting for thin desktops were forced into hard phones. Until now. Mitel and VMware are saying just put a softphone on the virtual desktop and call in the morning. No wonder HP wants to exit the PC business.

Technically, Citrix “supports” a softphone on its virtual desktop with numerous VoIP partners. The difference  is Citrix runs the codec on the server, this creates a scalability issue that effectively cripples the feature as a practical solution. Mitel and VMware are running the codec in the thin client – scalability solved

Mitel staff confirmed that no desktop PC is required, the client will run on firmware based desktops from Wyse and other manufacturers. For folks that prefer a hard phone, Mitel also cracked the code with Single Sign-on and HotDesking. A user can sign into VMware View and automatically make an associated phone their own – one login, two systems.

So far, this is a Mitel (MCD) and VMware (View 5) exclusive. The companies have not disclosed the secret sauce that makes it work, but it will no doubt be coming to other vendors. VDI is hot! It drives down support and hardware costs while improving mobility. Allowing a softphone to tag along has huge implications, particularly for organizations embracing cloud services. Virtual desktops have the potential to turn all kinds of form factors into legitimate, secure workstations including PCs, thin client desktops, iPads, and ChromeBooks.

Video is not supported on the initial release, but planned. Mitel and VMware intend to release the new versions that make this possible in October. 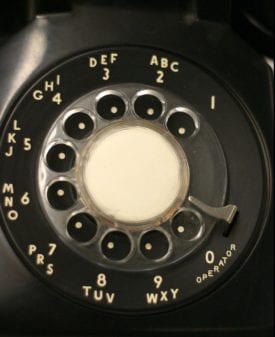 How to Stop SPAM Calling

I don’t know why we make SPAM calling so easy. I offered one suggestion on how to stop it here. It must be that decisions are being made by politicians/managers (same thing) who don’t really solve problems. We don’t need…