I was not surprised to read the news that Microsoft is more valuable than Apple.

Apple is suffering from a really bad case of arrogance and complacency. Microsoft is innovating and is increasingly obsessive about quality. 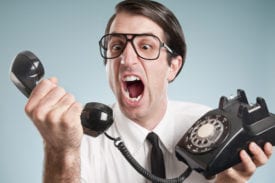 I think quality still matters. In fact, I think it is the MOST important thing when it comes to products and companies. Time and again the companies with the best quality and the greatest innovation end up being the successful, profitable ones.

Apple, of course, builds quality stuff, but the quality is declining. Especially the software.

About a decade ago I switched to using a Mac and MacOS. I loved it. It was reliable and bug free and things worked in a way that made sense. It was a vastly superior experience to Windows.

Today, the MacOS experience is mediocre. I don’t even bother reporting bugs to Apple anymore because they just don’t care. Ten years ago, every bug I reported got fixed. Today, pretty much never. It’s no wonder that Mac sales are declining…customers are not as stupid as Tim Cook thinks they are.

I say that Apple is arrogant because they don’t want to hear about how they are producing buggy software. They get defensive when you report a bug. I’ve reported many bugs over the years, and seen the arrogance increase. When I report a broken, buggy non-functional feature they say things like: “Well, preview isn’t intended to be a file editor.” What difference does it make what its intended purpose is when the feature doesn’t do what it is supposed to do?

The iPhone had a bug where its calculator would add 1+1+1 and return the value 11. 3+3+3 would be 27. I reported it to their 800 number folks and they said that they couldn’t even open up a case on it. I talked to a store manager and he said he knew about the problem, but it was a “different department”.

It is clear that Tim Cook places a far higher priority on employee happiness and harmony than on producing either quality or innovative products.