You may think the following is fear mongering about what will happen when net-neutrality is lost. But things like these stories happened in the 1920s when there was no net-neutrality in the telecommunications network…a problem so serious that in 1934 the regulatory framework that served the United States was formed. 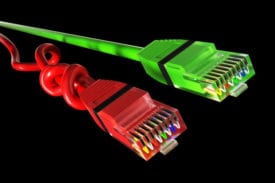 Really, this stuff could happen without net-neutrality. Heck, if I was a radical fundamentalist Evangelical Christian leader I would certainly buy my local internet service company so that I could keep my flock faithful and protect them from the evils of a free and open internet.