I enjoyed my summer in Boulder – especially with my new e-Bike. But after a very hot summer, my travel respite is coming to a close. It’s time to seal the deal with Southwest regarding A-List status for 2017 – and it won’t be a problem.

Here’s the conference line-up for the rest of the year. It’s gonna get busy. 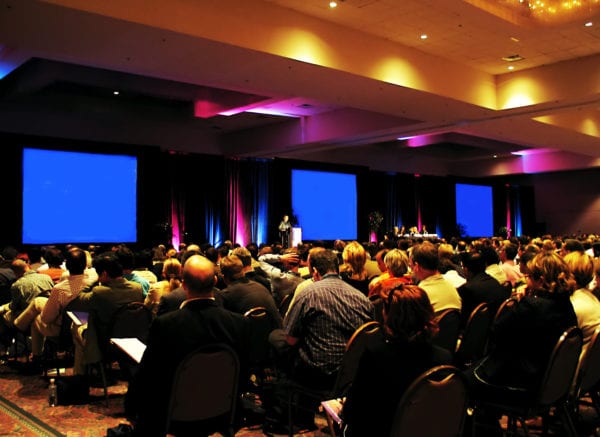 I am in dire need of an update on Skype for Business. Microsoft doesn’t converse much about this fast growing conversational app. There are two times a year when we can reliably learn more about Skype for Business: Enterprise Connect and Ignite. I’m starving for an update on SfB, and I’m expecting some interesting news. It’s likely they will announce general availability of what they demonstrated as Project Rigel at Enterprise Connect last March. There’s rumors floating about a new SfB Teams that will take on Slack (and Spark). I am also hopeful for announcements regarding SfB Online features which are still pretty weak compared to SfB Server. Most of the announcements over the past year or so were about O365 or video. As far as I know there’s been very little (if any?) changes to the core server product. I didn’t go to Ignite last year and regretted it. This year I’m attending, determined to better understand SfB (prem, cloud, and hybrid) and the new Azure-based IoT initiatives.

Genesys G-Force
This will be my first time to a Genesys conference. I have mostly ignored pure-play contact center vendors, and cover the topic by watching the UC vendors with Contact Center offers such as Avaya and Cisco. But the Contact Center space is alive and well, and the UC companies seem to be upping their game. For example, 8×8 has come a long way, NEC is completely updating its contact center, and Mitel bought PrairieFyre a few years back. I started following ININ more closely with their launch of PureCloud, and now that Genesys is ININ – I felt it was time to find out more about the industry behemoth. I actually have no idea what to expect.

Polycom PACE
I am looking forward to attending Polycom’s Analyst Collaboration Exchange (PACE). It’s been a tremendous time for Polycom! A near acquisition by Mitel was averted when Siris Capital intervened with a better offer. As I wrote before, I think both companies dodged a bullet on that one. I don’t believe the new deal has closed yet. There was doubt that PACE would happen this year, but it seems it will. Siris Capital named Mary McDowell as the CEO of Polycom in waiting – effective whenever the acquisition completes (I’m sorry to see Peter Leav). 2017 will mark a new era for Polycom, and they’ve been through a few. I suspect PACE will be post acquisition, and hopefully we will get a glimpse into what Siris and McDowell are thinking. There is no major UC vendor with less question marks surrounding it right now than Polycom.

UC Summit/BC Summit
I think I’ve gone to five UC Summits – hands down the most fattening conference in the industry. It’s hosted by Jim Burton and the UC Strategies team. However, UC Strategies planned to change its name to Business Communications Strategies (BCStrategies) last Spring – but didn’t. The UC Summit was to be renamed as the BC Summit – and did. So, this year UCStrategies will be hosting the BC Summit (yes, BC refers to the dinosaurs presenting). This conference is aimed at channel partners, and provides a very intimate environment for partner/vendor relationship building. The venue has always been at the same La Jolla (San Diego) location, but moves this year to Palm Springs. I wonder if the new venue will also have chocolate and wine pairings? I will be presenting a few times including an update on workstream mesaging, but my primary role is to insult Michael Finneran and correct Kevin Kieller.

Mitel Next
What can possibly be next for Mitel – the company is already spread across the sector more broadly than any vendor. I wonder if Mitel will make a major announcement between now and its analyst event in November (I think it will). I’m serous about Mitel’s coverage. I don’t think many realize how broadly (thinly?) the company is spread: local, global, SMB-enterprise, MVNO, VNO, software and hardware products that can be deployed on prem, private cloud, public cloud and any combo of hybrid options, multiple platforms, solutions for enterprises, dealers, and SPs, general UC, vertical specializations, contact center, SIP provider, SIP endpoints for third parties, workstream collaboration, Mobile carrier software, IaaS, and of course what Rich can get a good deal on in terms of acquisitions. People keep asking me if Mitel will buy ShoreTel (it tried before and now ShoreTel is open to conversation). I figure the are tied up in other conversations, so can’t make any firm offers whatever they are bidding on plays out. Mitel is well poised for a mobile-enterprise future which is about to come to fruition as wireless carriers approach VoLTE. The big news at Mitel Next will likely be MiTeam which was just whispers a a year ago at Mitel Next.

BroadSoft Connections
I’ve attended BroadSoft Connections for many years, and it’s been fascinating to watch this cloud-enabling company turn into a provider itself. BroadSoft has probably changed more than any other UC company in the past five years, and based on the recent acquisitions and management changes it appears they are just getting started. Last year the company has made two major acquisitions: Transera and Intellinote – we haven’t much about either – yet. Transera uses an in interesting API approach – unproven but very interesting. Intellinote is a workstream messaging application that appears to be the missing piece from the Project Tempo vision shared last year. I also expect to see some new and interesting options from IP endpoint vendors in the expo hall. The service provider community freaked with the possibility of Polycom being acquired by Mitel. I see Apivio will be exhibiting and I expect to see other new options to be there as well.

ShoreTel One
ShoreTel just announced an event in December (convenient as Cisco pushed back its Collaboration Summit to next year). The last major AR event from ShoreTel took place two years earlier. I am most anxious to learn more about ShoreTel Summit which looks suspiciously like Corvisa in CPaaS clothing. I also want to know if or when ShoreTel intends to launch a workstream messaging platform (the tea leaves say yes). The company just completed a major reorg that left many without a job. All RIFs are reorgs and it sure seems like all reorgs are RIFs. ShoreTel does claim that it intends to hire more than were let go. Regardless of the spin or facts a lot of things have changed at big orange. IMO, ShoreTel Connect is the newest UC platform in the industry and they got a lot right. Unfortunately, it hasn’t earned its keep yet. The sales spike that I was expecting hasn’t happened, but there’s so many variables that changed it’s impossible to say why. But I’m going to find out.

That’s my conference line-up for the rest of the year. Normally, I wouldn’t say such a thing in September, but it is safe now because I can’t fit any more in. As it is I am having to miss several other events that I could not prioritize for various reasons. It’s going to be a busy year end – these events, probably 30 posts, a few 2Pagers, and other business travel including a trip to Europe.  Conferences are a double-edged sword. They are fun, educational, and an important means of getting information and building relationships. They also really take away from (or defer?) the ability to earn a living.