I’ve been a corporate executive for most of my 42 year long career. Ten years into my career I was in the inner circle.

I find there are four types of executives, generally: 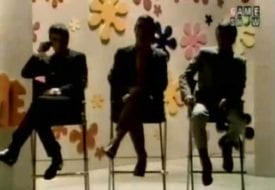 I’ve never worked alongside the deadwood types much. I have come into organizations where they were there, and I have wondered how they came to be there. But mostly, I avoid them, or make them go away. They are not so interesting. But I do have one side note: A senior vice president at one of the bell companies was clearly deadwood. We all knew that. But he was such a nice man that the entire organization under him propped him up. He was smart enough that he always invited the right staffer into meetings, and that staffer would do the VP’s job. Ironically, this deadwood VP was pretty effective. So I am not completely negative about this type.

I have no use for the cut-throat type. For them they have no scruples, and they frankly don’t care about customers any more than they don’t care about results or employees. These types are just evil, and they greatly hurt organizations. Generally, I have seen these types hop from one company to the next, so in their career they don’t usually cause too much identifiable harm. (Carly Fiorina being a notable exception in my opinion.)

When I look at organizations, I look for what type of leadership they have. I think this tells a lot about where the organization will be in the 5~10 year horizon. If you look for these four traits I think you can see the future of a company.

But with basic common sense, and then looking at the leaders I think the future isn’t so hard to spot.