Each year Interactive hosts its annual conference called Interactions. It’s a unique event, and the only time I ever make it to Indiana. I’m looking forward to going next year to see the new statue of Denver Bronco’s quarterback Peyton Manning. 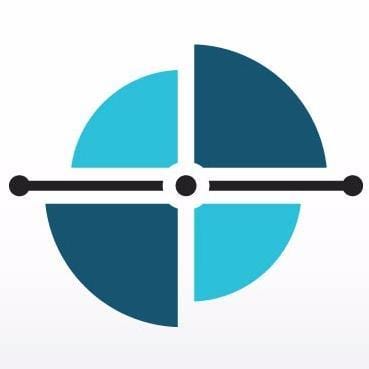 Of all the UC companies that I follow, I think Interactive is the happiest. It’s not just them either – it’s their frickin customers too. It’s a distinction that is hard to explain. Yes. they are growing (but so are others). They are also in that sweet-spot in size  – big enough to be taken seriously, but not so big that people freak when the CEO is in the room. Maybe it’s a mid-west thing – we may never know unless more UC firms pop up in the corn fields.

That said, the happiness factor was a bit lower this year largely due to turnover. Some of the more tenured marketing folks are now measuring time in-current-position in months.

There’s no question in my mind that Interactive is going to be a business school case study. There’s still debate if it will be used to highlight success or failure. Though at least right now things are looking pretty good.

The reason their story is worthy of study is because the company is doing a bet-the-company transition. That is rare when the Before position is one of strength. Interactive is willing to bet its current leadership on an unproven future portfolio. They aren’t actually discontinuing anything (yet), but are focusing its resources on the new thing – PureCloud. Now this particular story, the big gamble story, was really last year’s setup.

The emerging story is to determine if the gamble will be a success or the new New Coke? All indications are they doing really well – unfortunately all indications require analysis under a microscope. PureCloud has lots of evidence of success, but it’s still small. Can PureCloud scale? Certainly Amazon Web Services can scale, but can PureCloud? Can ININ support 10x growth? Can the platform support 10x growth? Will there be 10x demand for PureCloud services?

Why do I keep asking about 10x? Because Interactive won’t be happy unless their output or impact is at least 10 times larger than its peers. That’s the definition of an Exponential Organization – Interactive’s game plan.

It may be the Exponential Organizations or perhaps it is their intent “to transform the way organizations engage the world,” but Interactive is on a mission and they are making things happen. They aren’t attempting to emulate a competitor or just improve its current offers – ININ is attempting to create something totally new, and that’s exciting.

Complicating their journey is the fact that everything is in flux – the goal, technology, customer requirements, and the industry. The competitive landscape is changing more quickly than ever. Their major competitors today are unlikely to be their major competitors tomorrow. It’s unclear if agents in the future will use a phone, SIP Station, or a browser on a PC or Chromebook. It’s not even clear if customer engagements will still involve “calls.” Lots of moving parts in this story.

Want to know more? Check out this Free 2Pager on Interactive Intelligence 2016

All TalkingPointz 2Pagers are free!