This last post of this four part series of keynote presentations at Enterprise Connect 2015 is about Google. The keynotes, in order of delivery (and posting), were:

This was the first time Google did a keynote at Enterprise Connect. It was informative, interesting, well delivered, and a waste of time.

To be clear, I enjoyed Adam’s keynote. Adam is passionate and knowledgeable about Google for Work. His keynote was probably more educational than the others, but it didn’t really tell a Google story. The structure of his presentation went something like this: 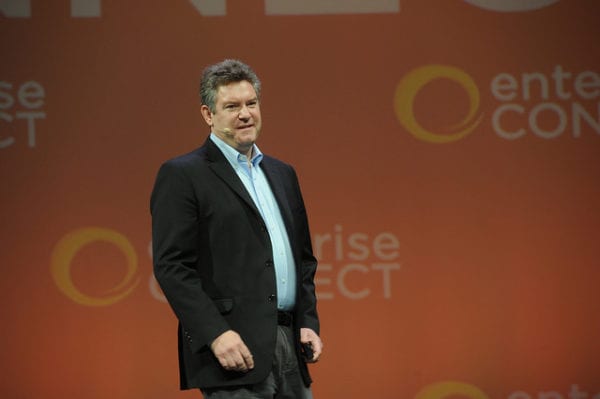 There really wasn’t any net-new material in the keynote, but certainly many of these components would be new and educational for some audience members. The presentation itself was fine, it was the opportunity cost that bothers me. This keynote offered an explanation, not a vision. Adam did not include any announcements. demos, or even guests.

Google is serious about the enterprise. I know this because I am familiar with the Google for Work story (download this free TalkingPointz report for additional information on Google for Work). Google for Work was formed as a division last September.  It is headed by Amit Singh with the goal of leveraging many of Google’s enterprise oriented solutions and new technologies to create a more compelling commercial, enterprise-ready offering.

But for whatever reason, Google won’t actually sell this portfolio to the enterprise. It is all for sale, but Google appears to prefer grassroots adoption. The attitude I sense is ‘the enlightened will figure it out, we don’t want the others.’ The approach is surprisingly working. at least to some degree.  Yes, I know that Google Apps are primarily sold by channels, but this is true for the other keynote presenters as well.

Google could have hijacked Enterprise Connect 2015 into its own event. If  Amit Singh or Sundar Pichai (overseas Android, Chrome and Google Apps) delivered the keynote, the coverage would have been amplified ten-fold.

Maybe Google didn’t think it was a fair fight, so opted to take a fall. Perhaps that explains why the only keynote talking about Chromebooks was Avaya. Microsoft and Cisco bragged about their new global cloud infrastructure, yet Google failed to mention that it built the prototype. All the keynotes highlighted WebRTC and Mobility – two areas where Google can claim leadership – yet didn’t. 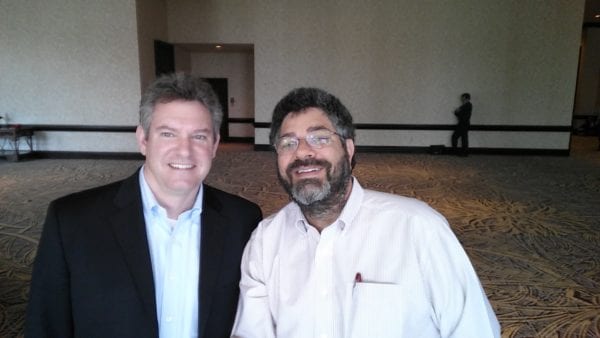 Microsoft is clearly positioning Skype as a consumer app and Skype4B as an enterprise app. Google Hangouts and Skype are comparable in functionality, but Skype4B is far more robust than Hangouts. There’s no APIs for Hangouts, so third party vendors have trouble integrating with it (even Esna and Switch). Google has improved the SLA, and launched room systems, but needs to address APIs.

Microsoft Lync, or Skype4B, is not particularly robust, elegant, or inexpensive. However, it’s deep integration with Skype and Office are making it a runaway powerhouse. Avaya and Cisco countered Microsoft with new approaches. No other UC vendor can match Microsoft’s story with alternatives to Skype or Office – except possibly Google with Apps, Hangouts, Android, and Chrome. The fact that they choose not to is the message that I received.

I understand that Google makes announcements on its own turf. I wasn’t expecting announcements. But I was expecting some excitement, clarity, and enterprise commitment.