Apple hates Xiaomi, of course. Jonny Ive would talk about their theft of Apple IP. The reason Jonny hates Xiaomi is that their products are beautiful, aesthetic, svelte, and sleek. Personally, I don’t care if Jonny’s precious ideas are stolen or not. We’re talking about a candy bar with a display here that happens to be a phone, OK?

Apple also hates Xiaomi because their prices are half that of Apple. They really make you aware of how overpriced Apple stuff is. Apple would like you to believe the only way to make a beautiful smartphone is if somebody knighted personally rubs unicorn horn dust on the phones.

Xiaomi’s CEO Lin Bin is charismatic, dynamic, and loved. The Senior Vice President at Xiaomi is hugo Barra, formerly the head of Android at Google. 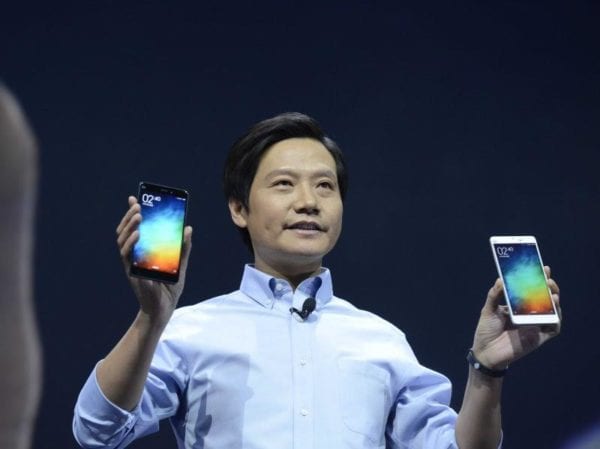 Meanwhile, Samsung is hurting pretty badly, and there are strong rumors that it may switch to Windows 10 phones instead of the ball of tangled string known as Android.

My experience is that when a heavy hitter is threatened one of two things happens: They either die (<cough>Radio Shack</cough>) or they come out fighting hard. This would be Samsung.

What if Samsung and Xiaomi formed a partnership. Xiaomi would license their products to Samsung for sale in North America. Samsung would take care of the patent problems through its existing licenses.

Think about this: Samsung hates Apple. What better way to fight back than to bring the world’s second most popular smartphone to North America right in Apple’s homeland. I can hear Jonny already complaining about how he invented the color black and the idea of using glass for the screen!