Quoting from Cisco’s blog announcement on their plans:

Cisco’s acquisition of PARC CCN has the objective to foster convergence of various dialects of ICN (CCN and NDN) into a single harmonized version of ICN, promoting wider and faster adoption of ICN-based solutions required to solve future networking needs.”

Cisco also plans to make the software open-source within the FD.IO community in the Linux foundation. 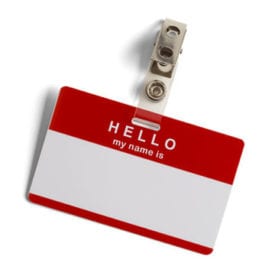 5G & IoT require a transformative way to provide network routing and security.  While IP addresses (both version 4 & 6) will be around for a long time, the trick is to have the first routing point on the network convert them to a name based on tenants and services. Then have routing and security policies (access controls) written in words that are easily understood by humans and applications.  This is part of the mission of 128 Technology to fix the Internet.

Gartner places NDN at the very begging of their Hype Cycle and predicts that it is 10 years away from mainstream adoption.  While I agree that NDN is just emerging, the time to mainstream adoption will be quicker due to the demands in the market and the move to software defined networking.  I predict 3-5 years, which is very quick for a very transformative technology.

While I agree with the NDN mission that networks need to be content centric, there are forces at play that will require NDN to change its architecture.  These forces include:

Another prediction is that Cisco’s legacy networking software, IOS, is dying.  Cisco, like most large and successful companies, is challenged with the Innovators Dilemma.  ICN’s open source strategy sounds good to the technology community, but Cisco stock holders should worry.  IOS is becoming an anchor to Cisco and not enabling them to keep up with the innovation going on in networking.  Cisco’s I-WAN product is a good example.