Apple and Cisco announced they are creating a “fast lane” for iOS business users with the optimization of Cisco networks for iOS devices and apps. The announcement took place at a Cisco sales event and featured both Tim Cook and John Chambers together on stage at the event. The goal is for iOS devices and Cisco networks to jointly deliver an optimized user experience. There is very little known about what specifically this vision entails, but we do know Cisco will create “experiences” tailored to iOS devices across mobile, cloud applications, and collaboration tools including Cisco Spark, Cisco Telepresence, and Cisco WebEx. The companies want to re-invent enterprise communications, collaboration, and meetings. 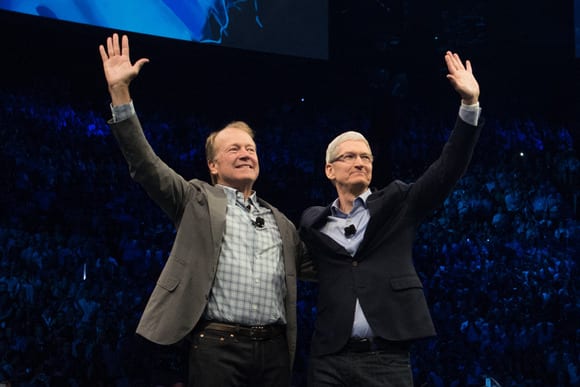 Ninety-five percent of companies in the Fortune 500 count on Cisco Collaboration and Cisco networks to help their teams be more productive. Through this engineering and go-to-market partnership, we’re offering our joint customers the ability to seamlessly extend that awesome Cisco environment to their favorite iOS devices. Together, we’re going to help teams achieve higher levels of productivity and effectiveness.

There isn’t much to add, but of course that won’t stop me. Let’s see:

Exactly what or how this will play out is anyone’s guess for now. My initial impression is it is better for Apple than Cisco because it gives Apple more enterprise credibility. I don’t see what Cisco will do differently than what it’s already doing, and I don’t see Cisco alienating non iOS vendors or users. Though it does make Cisco more hip.