China is Outsmarting Us

We’re about to lose high-technology. it will be ironic that China will be the technology and innovation leader and will be buying cheap coal and steel from us. Boy, would that be a turn of events. This is not too far fetched.

China is now the world’s second largest financial power, having surpassed Japan as #2. (The US remains #1 for another 20 or so years before being surpassed by China, according to most projections.)

While the US is experiencing 2% and 3% growth, China continues to experience greater than 9% growth. Their economy is growing at a ferocious rate. 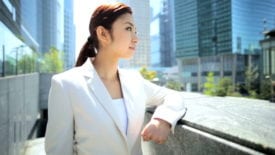 With 700 million internet users they surpass the United States severalfold. This means they have a lot of internet savvy people. They have better economies of scale. Their infrastructure is newer. They have over 900,000 cellular towers. Their size and capacity is mind boggling.

China has become the world’s largest electronics manufacturer. Their chip production capacity exceeds the United States in terms of both quality and volume. They command a leadership role in everything from phones to drones. (The Apple iPhone has continually slipped under the helm of Tim Cook, to the point where Apple is now the fifth largest cell phone company in China because, well, iPhones haven’t kept pace with the technology.)

China is working to put a man on the moon. They have internally developed nuclear power. They can build a 15 story hotel in 7 calendar days (from start to finish.)

General Motors designs many of the cars in Shanghai. I mean: they do the conceptualizing and styling as well as the structural design work in China. These are not copy-cats, these are leaders in China.

China has a vibrant arts and theater culture. They are beaconing very well rounded.

If you are still thinking of China as a company with only rice patties and sweatshop factories you have had blinders on.

Oh, and Asia now has more billionaires than does the United States.

So why the heck are we busy saving coal fields and steel factories? Why do we see our growth market as selling oil to the Chinese?

We need to realize that the Chinese are very very smart. They are excellent at high technology. They are creative, quality oriented, and have capability that we have lost.

I’ll say again: Apple is barely in the top five smartphone brands in China. The other products are thinner, sexier, and more capable than the behind-the-times iPhone. This is the new China and the sleepy America.