BroadSoft and its Project Tempo Vision

BroadSoft always puts on an incredible event at its Connections conference. This year was no exception, yet it was a very different event. It was the first Connections produced by the new marketing team put together by CMO Taher Behbehani - hired almost exactly a year ago. BroadSoft has always been an  engineering focused company and it seems that Taher intends to change that. 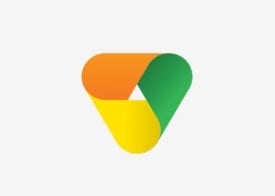 One small example of that was it was the first time Connections actually had an analyst track.

Another big difference this year was a general improvement in mood. Why not? It seems BroadSoft is building traction with some of the larger providers such as a AT&T and Verizon. Frost reported that the it believes BroadSoft is powering almost half of the world's UCaaS seats. The company has been making steady improvements with its UC and video capabilities, expanding its hosted BroadCloud portfolio, and making tremendous progress in hospitality. As an added bonus many providers have renewed interest in BroadSoft now that Microsoft is becoming a direct UCaaS competitor.

BroadSoft's go to market strategy is via service providers which is a simultaneous strength and liability. The strength is that BroadSoft is viewed as provider friendly. Providers control their offerings, set their own prices, and create their own brand. On the liability side is the fact that 700 partners don't agree on what's most important. So a gap exists between what BroadSoft deems as critical and what providers sometimes want (end user customer needs may differ as well).  There does appear to be some agreement about the need to move beyond UC. BroadSoft believes the future is more about workflow, and presented Project Tempo as its vision for what's to come.

This TalkingPointz 2Pager takes a look at Project Tempo and its first deliverable - UC One Hub.