One of those terms that floats around UC is “contextual intelligence.” When talking to a contact it can be useful to know a bit about prior communications.  It’s a simple concept that UC wants to borrow from CRM – yet really hasn’t. 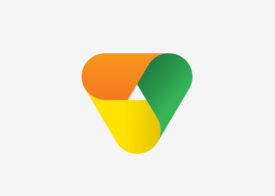 For the most part, UC and Contextual Intelligence is all talk.

BroadSoft intends to change this with their new UC Hub solution. It’s actually quite clever, and in the demo I saw utilizes existing features in Google Apps. It may not seem clever to simply expose existing features, but the reality is no one knows about these features because they are buried. UC One Hub brings contextual intelligence to the surface – and does so from the UC One Chrome client.

UC One is available as a desktop and mobile application and within Chrome. Chrome is actually pretty strategic for BroadSoft which has a very robust WebRTC conferencing application called My Room. UC One, Conferencing, My Room and UC One Hub all got updates at the recent BroadSoft Connections Conference. UC One Hub is the most confusing though – it’s part of BroadSoft’s Project Tempo which is a larger vision of workflow. It may be the same thing that I’ve been calling Workstream Communications and Collaboration (WCC), but it’s hard to tell just yet. For now, Project Tempo is a vision and UC One Hub is the first deliverable. It will be in limited beta early next year.

The killer aspect of UC One hub is contextual intelligence – at least initially for organizations using Google Apps, but its network of supported cloud apps will undoubtedly grow. It already includes Evernote and Twitter and several more.

UC One Hub is the big news, but there’s a lot more to the 2015 BroadSoft story. I am particularly impressed with how the company is positioned in hospitality. That’s an industry that just hasn’t embraced the cloud (yet). After sitting through presentations at BroadSoft Connections (BroadSoft’s partner event) and hearing about successes at Hilton and Marriott – I’m convinced this industry has seen the VoIP and Cloud light. I think the company may also be a sleeper in VoLTE. BroadSoft is thinking big and acting accordingly. The company is also doubling-down on its provider friendly distribution model.

BroadSoft has been at hosted voice longer than most of its competitors. The company has gone through several industry transitions including SIP, UC, and video – and is now positioning around workstream. It has always been provider friendly, but it’s becoming harder for smaller brands to stand out against global brands such as Cisco and Microsoft. This is why BroadSoft is turning-up its marketing might. The company actually announced it will begin co-branding its products and services – that’s a big a change for a company that has prided itself on being invisible.