MIT AI Course by Marvin Minsky: Marvin Minsky is one of the legends of Artificial Intelligence. His 1988 book on AI, Society of Mind, remains required reading – and it’s not really about AI. Minsky portrays the mind as a “society” of tiny mindless components. Minsky effectively breaks down the mind into small, simple conceptual, programmatic routines. This free MIT course was a bit of a disappointment because the lectures were basically just Q&A.  I wanted to hear Minsky lecture. The Q&A was interesting though many of the questions were hard to hear. What I found so interesting is how much AI links back to biology, physics, chemistry, and neuroscience. It’s less a computer programming problem as understanding how the mind works. AI is hard because we don’t really understand the brain. There were several inadvertent links back to May’s reading on evolution and Undeniable . Marvin Minsky died a few months ago. 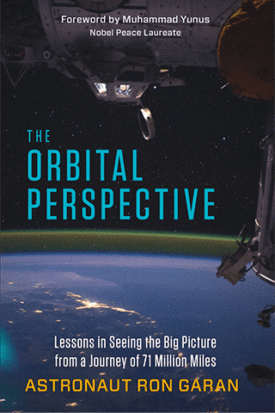 The Orbital Perspective: Lessons in Seeing the Big Picture from a Journey of 71 Million Miles: This book by Astronaut Ron Garan is actually about collaboration. The Orbital Perspective is a revised take on what I knew as Spaceship Earth.  Garan claims that when viewing the earth from space that our conflicts here become petty. A good chunk of the book is about collaboration. He shares what an amazing accomplishment it was for the US and Russia (and several other countries) to collaborate on the International Space Station (ISS). It is something that I did not fully appreciate. There were significant political, trust, and cultural issues. However, the ISS is bigger than any one space program could reasonably accomplish on its own. Overall it’s a nice book, but a bit slow. I expected a bit faster pace from someone that traveled more than 17k miles per hour. One of my take-aways from this book is how important trust is within collaboration. UC&C tools facilitate collaboration across teams, distances, and devices, but all for naught if trust is not established. It’s odd yet understandable that the UC&C industry doesn’t really do much to help customers build trust. I do like the spaceship earth concept, and it’s concerning how much the crew and passengers seem to hate each other.

The Real Story: the Gap into Conflict: I am reading more science fiction. This is the first book of the five-part gap series by Stephen R. Donaldson. I don’t have much to say yet. This first book was heavy character development. Two highly capable space pirates with mutual hatred toward each other and a beautiful damsel in distress. This book starts with an abbreviated tale, and then tells The Real Story of that encounter. I don’t have a lot to say about this yet, but I will start book 2 next month. This futuristic space tale was partially inspired by Wagner’s Ring Cycle, a German opera from the 19th century.

When Breath Becomes Air: This is the autobiographical story of Paul Kalanithi dying of cancer. I feared it was going to be a Love Story type tear-jerker, but it was much more than that. We will all face death. It’s an uncomfortable topic that we largely ignore. Those that die young usually do so unexpectedly and those that die old are often already forgotten. Dr Kalanithi was in the prime of his life – he just finished his medical internships and was a new father. As a healthy college student he was torn between medicine (neuroscience) and literature. He followed the path of medicine, and used part of his limited remaining life to write his story. He explains what’s happening to him in a way that we can follow – he’s objective not angry. It is a rare combination of a good author that is knowledgeable about the topic while experiencing it. That topic is death which has a universal potential audience. The book is written by Paul, and the Afterword by his wife fills in some gaps. It’s an excellent, thoughtful, short book.