I recently attended a Lifetime Achievement ceremony for Dale Hatfield at the University of Colorado in Boulder. Hatfield was one of the three founders of Colorado’s graduate Interdisciplinary Telecommunications Program (ITP) in 1977. I enrolled in ITP in 1989 and took, and remember well, Hatfield’s policy class. 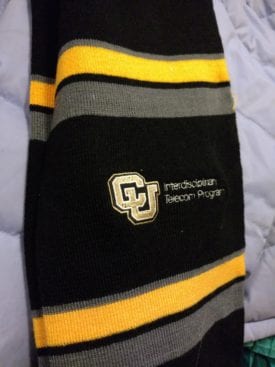 I run into lots of graduates from ITP. Readers of this blog may be familiar with Martha Buyer or Sorell Slaymaker. There was one alum from my class. I also ran into some former colleagues from my various stints at local employers. There are many ITP alumni at the telecom vendors I cover in this blog.

I am not certain if the current program director realized that Dale Hatfield was a founder of the program because his presentation of Dale’s accomplishments went back to his teaching in the 90s. Dale was already an industry legend by the 90s.

But, what really struck me is how drastically things have changed in what I now realize has been a quarter of a century. Here are a few examples:

Two former staff members from my years were also at the event, Mitch and Harvey. Mitch worked in the lab, and Harvey taught me the OSI model.

For the most part, I am pleased with myself for attending CU ITP. Most of what they taught me was true, and as far as college educations go, it had a reasonable half-life.

It’s impressive how much things have changed. I wonder if graduates from other disciplines notice so much change in the same period of time.

It was nice to visit campus again. Plus I scored a new ITP scarf.