Avaya Running out of Options to Avoid Ch11

I expect Avaya to file Chapter 11 bankruptcy very soon, perhaps as early as next week.

I had previously thought Avaya would avoid Chapter 11. I knew the leadership team had a complex plan to sell the contact center business, and then use those proceeds to redo the capital structure.

It was complex because the new capital structure was based on the sale and visa versa. Selling assets means untangling the liabilities, so you have to concurrently take the proceeds of the sale and resolve or reappropriate the liabilities. It meant getting all the stakeholders and debtholders to agree on a plan before implementing any of it. Kind of like spinning plates while herding cats.

I thought Kennedy, along with his friends at TPG and Silver Lake, could pull this off. He and the leadership team were certainly incentivized to do so, and the underlying business of Avaya is healthy. 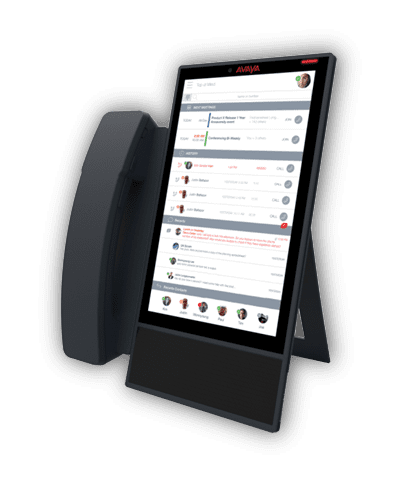 I also said “If/when Avaya runs out of options it will pull the Chapter 11 ripcord quickly.”  I think they are at that point.

I am hearing from multiple sources that Avaya’s attempts to sell its contact center business have fallen apart. It hasn’t been easy to find buyers for its networking and UC practices either. The New York Post reported last week that CD&R, the rumored front-runner, was backing off from acquiring the contact center business. The same article said that Veritas Capital, rumored as the previous front-runner, was still interested. I am hearing that both private equity firms have walked away from negotiations.

My information is from unofficial sources, so perhaps these are just negotiation techniques, and a deal is still possible. Absent a buyer I don’t expect Avaya will waste any time to file Chapter 11. There’s not much time to waste. Avaya has cash for near-term operations, but will have trouble with a balloon payment this November — the first of many.

Cash is good, but there’s another problem. Per the terms of its debt, Avaya has an annual obligation to file financial statements. It didn’t get around to it in 2016. Avaya claims it can’t file results “due to the ongoing capital structure discussions.”  I can’t say I understand that logic. It sounds a bit like Trump being unable to publish his tax returns during an audit. Regardless of reason, failure to comply starts a form of default at the end of this month. Currently, Avaya is within the 30 day grace period.

If Avaya does file chapter 11, the obvious question is what comes next? Probably not that much will be different — different from today yes, but not that different from what I think the leadership had planned. My guess is the endgame that splits the company into separate businesses (Contact center, UC, and Networking) will continue. I also expect that several of the interested parties that failed pre-Ch 11 will return to the table.

Chapter 11 is unpredictable. Unlike a corporate officer that has first-allegiance to the shareholders, a bankruptcy judge will prioritize the debtholders — and there are many.  That can force short-term solutions that impact long term viability.

That said, I don’t expect the asset sale/auction we saw with Nortel; because Avaya has a viable business under all that debt.  The judge will examine various options to reduce and restructure debt that will include selling and spinning-out/IPO units, and unlike Kevin Kennedy, the judge doesn’t require agreement from the debtholders. That’s the good news.

The bad news is Chapter 11 is hell. Avaya will pay a steep price in terms of lost revenue, customers, employees, and goodwill. Accounts will be lost, and competitors will be stronger. Avaya filing Chapter 11 will dominate industry news for months (and half the stories will be about the end of telephony). Everyone will know Avaya is in bankruptcy. Fewer will know if it’s chapter 7 or 11, and still fewer will know when it’s all done and over.

Chapter 11 will likely have ramifications to Avaya’s leadership. Many of the executives received financial incentives last May when the capital restructuring project began. My bet is reverse alchemy will convert those golden parachutes into lead anchors.

It will be interesting to see if a Chapter 11 filing takes some of the shine off private equity. Though the leveraged buyout that TPG and Silver Lake orchestrated did reduce their exposure.

My guess is chapter 11 or a major sale/restructuring will be announced next week, and my official forecast is now on the former.

Avaya Engage takes place in Las Vegas next month. It is one of the largest gatherings of Avaya partners and customers. The company’s future will no doubt be a topic of considerable interest.

A Fork in Avaya’s Road