How often have you opened a closet looking for something (Item A), found something else (Item B) and spent more time than you’d imagined delving into something brought to mind by Item B that simply never crossed your mind before that unwitting discovery? This week, AT&T was forced to face the music when the FCC issued a Consent Decree whereby AT&T will pay $7.75 million in refunds and fines to consumers who were crammed with third party charges that were never authorized. What makes this reflective of the closet search is that in this case, the fraud was discovered not directly by the FCC, or by consumers who brought the issue to the FCC, but by the Drug Enforcement Agency as it looked into other issues having nothing to do with communications at all. AT&T clearly had not performed its own due diligence in assessing these charges, but it’s likely this would never have come to light were it not for the eagle-eyed investigators at the DEA. 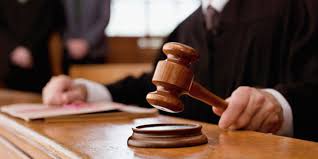 Essentially, scammers billed AT&T customers $9.00/month for directory assistance services that not only those customers didn’t access, but which didn’t exist in the first place. AT&T permitted the unauthorized charges because someone (or someones) were focused on the piece of the revenue that AT&T collected from the scammers and never bothered to check if the charges were legit—or even if the underlying services even existed. AT&T also never required proof from the two companies that each had received proper authorization from the customers who were charged. The communications behemoth just pocketed its piece of the action and went on its merry way.

According to FCC documents, the DEA only uncovered the “cramming scam while investigating two Cleveland-area companies, Discount Directory, Inc. (DDI) and Enhanced Telecommunications Services (ETS) for drug-related crimes and money laundering. In the course of seizing drugs, cars, jewelry, gold, and computers (totaling close to $3.4 million) from the companies’ principals and associates, DEA investigators discovered financial documents related to a scheme to defraud telephone customers. The key participants in the scheme told DEA agents that the companies were set up to bill thousands of consumers (mostly small businesses) for a monthly directory assistance service on their local AT&T landline telephone bills.” Additionally, AT&T never verified that many of the incurred charges were unauthorized, “including thousands of charges submitted by the Companies for nonexistent, disconnected, or otherwise “unbillable” accounts.” Really? Was everyone out to lunch when this happened? OVER A PERIOD OF YEARS?????????????????????????

To settle the matter, AT&T will issue refunds to all consumers charged for the sham directory assistance subscription service since January 2012, implement a compliance plan to protect consumers from unauthorized charges, and pay a $950,000 civil penalty.” In addition, AT&T will cease billing for third-party products and services on its wireline bills, with certain exceptions. Finally, AT&T is required to implement a compliance plan to ensure that its customers have authorized the services for which they are billed and file regular reports with the Bureau to track its compliance with the Consent Decree and its consumer protection obligations.

As far back as March 2012, AT&T, during testimony before the Senate Committee on Commerce, Science and Transportation, agreed that it would “restrict third-party billing to ‘(i) telecommunications services; (ii) services or goods sold by any third-party vendor that has a direct contractual arrangement for the joint or cooperative sale of such services or goods with AT&T; or (iii) contributions to any charitable organization subject to Section 501(c)(3)” and goods and services provided by AT&T affiliates and those “billed by or through AT&T Mobility.’”

Clearly, the left hand spoke without knowing what the right hand was doing. My guess is that the bonuses awarded at year end went to those individuals who thought this up and perpetrated it and then failed to do their homework. To me, in addition to the fines, AT&T owes its customers—and its shareholders—an apology (in addition to the settlement) for failing to look beyond the income stream these calls generated. From the consumer perspective, and even more clearly, it pays to pay attention to the details on each and every phone bill—who knows what slime is buried beneath. And we can’t always count on the DEA to sniff it out.

Martha Buyer is an attorney whose practice is limited to the practice of telecommunications law. Her practice is focused on addressing issues that affect businesses and governmental entities. By remaining current with FCC and state regulations and policies, and simultaneously understanding the technology that drive these policies. Law Offices of Martha Buyer, PLLC, NY.