Apple CEO Tim Cook at partly attributed the weakness to “a slowdown in China’s economy amid trade frictions between the world’s two largest economies.” 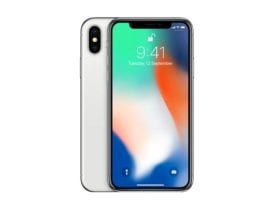 Apple has a problem in China because they are being pipe cleaned by Android and Xiaomi. Both competitors have better products at lower prices. The Chinese are bristling over Apple’s price increases for the new models. The Chinese that I have spoken with feel they are being abused, taken advantage of, and that Apple’s service has gotten to be terrible. (For example, if you bring an iPhone under warranty into a store for service they will no longer fit or replace it in the store. It must be sent to a central processing center…which takes days.)

The Chinese are not stupid people. They are amazingly quick to spot new trends and to shift to better products. Apple has fallen down into being an over-priced, poor-service, under-featured product.

The problems in Apple are significant. They are deep rooted. And, the Chinese consumer is very unforgiving…sometimes even hostile and belligerent. Everything in China is done through Guanxi, which is basically connections and recommendations from trusted friends. Apple is burning their Guanxi. In China, the only thing more important than Guanxi is “saving face”.

Apple should have seen this coming two years ago. I certainly saw it in my conversations with Chinese friends and family. But perhaps Apple is too far away, and perhaps their ivory tower is too tall, and perhaps Apple’s culture is too insular from their customers to see this coming.

Nor do the issues in China have to with our trade war.

The retail price of Apple products have not changed because of the trade war. Tariffs have not affected the retail prices in the US, so do not explain why US consumers are buying fewer iPhones.  Nor do the tariffs impact products made and sold in China. The decline in sales cannot be attributed in anyway to the trade war or tariffs.

It’s going to get worse before it gets better.

Apple is in deep dodo in China. They cannot afford to do that.