When Walt Disney Died there was a 5 year backlog of ideas on the shelf. It took Disney 7 years to move all of those into production products. They included Disney World, The Haunted Mansion, and Pirates of the Caribbean. 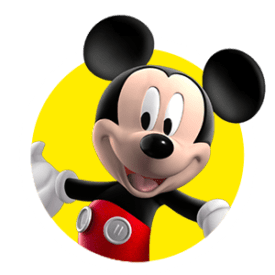 When Walt died, this backlog kept Disney rolling long and under the leadership of an excellent operations staff the company delivered his dreams and continued to be extraordinarily profitable.

Eventually, the ideas ran out and the operations oriented company was forced to try to innovate. They produced dud after dud. Movies like “The Black Hole” were stinkers. EPCOT was a financial boondoggle that nearly bankrupt the company.

By the 1980s the company was out of ideas, out of cash, and had a reputation for a lack of creativity.

I think Apple is following this same path.

The backlog of ideas Steve Jobs had has clearly run out. Tim Cook is an operations guy that knows how to extract every dollar of profits out of the history, but he is loath to allow anything new out the door. Timing wise, we are about to enter the “boring” period if Apple follows the path of Disney. And, in five more years Apple will be an idea-free zone and a living-dead company. They will; need to resort to discounting because, well, their products won’t command a premium and won’t be very creative.

I think the analogy between Steve Jobs and Walt Disney holds very well. It is actually the history of most great companies founded by brilliant and charismatic persons. Why would Apple be any different.

The only hope on the horizon that I see is the next generation.

Eisner revitalized Disney at the brink. Nadella is doing a good job of fixing the dreary Ballmer years. (Ballmer is another example of how operations guys just ruin companies while they wrong every bit of value out of the operation.)

Perhaps it IS time for Tim Cook to retire?

Perhaps he should have run for President instead of Hillary or Donald?