Alexa Why? The future holds potential for an enterprise, speech-enabled virtual assistant platform like Amazon’s Alexa, but the technology needs lots of maturing.

The future holds potential for an enterprise, speech-enabled virtual assistant platform like Amazon’s Alexa, but the technology needs lots of maturing.

I’m hearing from several people how great Alexa is. I don’t get it.

That’s not to say I won’t get it. I am sure there’s an Alexa (or similar device) in my future, but I think it will wait until it becomes useful.

Alexa
Alexa, or more accurately the Amazon Echo, is a speech-enabled virtual assistant. Unlike Apple’s Siri or Google Now, which live in our smartphones, Alexa is a dedicated, wired device. Well, sort of wired — it needs power for the Wi-Fi (though the new Amazon Tap portable speaker has a battery). 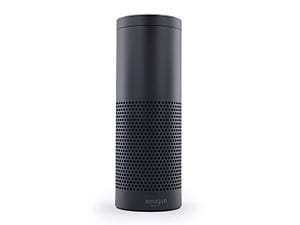 Alexa, which can you can rename to whatever you like, is primarily available in two form factors: the Echo and Echo Dot. The Echo has a much larger speaker, but both models have a seven-mic array. The Dot is basically the same as the top of the Echo. Tap is for those who need a wireless speaker — though still isn’t really intended as a mobile device.

The Amazon Echo is a surprise hit. I’m shocked how many colleagues already have one. Google recently announced the Google Home, but it won’t be available for a few months. Apple is rumored to be working on a residential device for Siri.

Frustration Is Real, Intelligence Artificial
Amazon, Google, and Apple are investing heavily in artificial intelligence as they race to build a smarter squawk box. And someday they just might succeed but, until then, AI is frustrating. They say Alexa is excellent at understanding spoken words. This is possibly due to its acoustic hardware, but there’s still a big gap between understanding words and intent.

Alexa, and probably the others, extend the personal assistant concept in our smartphones to the household. Alexa will respond to anyone, which is practical. For example, anyone baking brownies can say, “Alexa, set an alarm for 10 minutes.” Technically this is possible on my smartphone, but the smartphone first has to be unlocked. This multi-user arrangement poses security concerns. It can tell anyone who asks what’s on its primary user’s calendar, for example.

Not surprisingly, Amazon has optimized Alexa for shopping at Amazon.com — it’s tied to its owner’s Prime account. Anyone can instruct Alexa to shop. Yes, your kid can now say, “Alexa, please order a Sony PlayStation 4 (for $400), and it will arrive via Amazon Prime in two days. What can possibly go wrong with that?

The Amazon Echo runs $180, so of course can do other tricks. Unfortunately, few are useful. For those who still haven’t solved this age-old kitchen clock dilemma Alexa can, on request, speak the time. One of its best tricks is to play music from Prime or Spotify. That’s a nice feature, but I already have a sound system (with two speakers) that can play all of my sources — though does require fingers.

Many of Alexa’s tricks are a step backwards because it lacks mobility. For example, back to baking brownies, I invariably leave the kitchen after setting the kitchen timer, miss the alarm, and burn the dessert. That’s why I now always set the timer on my smartphone. This begs the question, “Where should the assistant live?

Alexa can order an Uber, but exactly why I’d want to have the Uber app running on a wired device without a GPS display is beyond me. Alexa can recommend a restaurant, but again why bother without the ability to view a menu, call to order, or locate it on a map?

Even its core shopping feature is a step backwards. At our house we use a synchronized mobile app across users and devices for all of our shopping lists. And if someone happens to be at one of those locations, then the current list is with them. Alexa is only good at shopping at Amazon — and best at stuff you’ve previously bought. Amazon is about shopping. Google is about advertising — that sounds even more delightful.

Conversation as a Platform
Shopping and timers are just lip service, the real value lies in using these devices as platforms. Amazon is opening up Alexa’s speech UI to other apps. That’s why Spotify works today. The conversational UI has tremendous potential as middleware. For example, Alexa just might impact the smart home market — an area where Google, Samsung, and Apple struggle. Instead of replacing or vying for the control platform, it will simply provide the UI (and learn a ton of info in the process). If Alexa can control various brands of lights, sounds, and locks, then home automation has a chance of becoming interesting.

Twenty years ago the Web browser enabled a truce between Mac and PC users, letting them live in harmony on the Web. As speech, AI, and apps all mature, it will become possible for a speech assistant to complete tasks over multiple apps. For example, you could use Yelp to find a restaurant and OpenTable to make the reservation.

The platform play is hard to pull off, but offers big rewards. No vendor can create as many apps alone as a vibrant ecosystem — think iOS. Alexa has potential. In addition to a first-mover advantage, Amazon is big enough to be heard and neutral enough to span across competitive environments. The initial wave of devices Alexa can control is impressive. Check out this post to see Alexa summon a Tesla.

What interests me is how this technology will work its way into the enterprise. Microsoft is working hard to make Cortana a key part of every business application. I’m a fan of AVST’s Atom personal assistant, which speaks, listens, and can read calendar appointments.

Real-life personal assistants work with colleagues and customers. When will we have a virtual assistant that can reliably organize travel, filter email, and order printer supplies? It would need to understand priorities, preferences, and exactly who is authorized to order what. Or what about an assistant that could actually rearrange schedules rather than seek a mutual free time?

The consumer space will lead, but there is opportunity for an enterprise, speech-enabled, virtual assistant platform. The question is where will it come from? I have doubts it will come from Amazon, Google, or Apple.

Odd times we live in. Fifty years ago a personal assistant could get some coffee down the hall; today there’s no chance of that, but ordering almost anything from around the globe is easy.