The first time I met Jonathan Taylor was soon after the announcement of Voxeo Labs. Taylor founded Voxeo (now acquired by Aspect) and feared that its growth and operations were potentially distracting Voxeo from ongoing innovation.

Voxeo Labs later became Tropo –  and soon will become a part of Cisco. 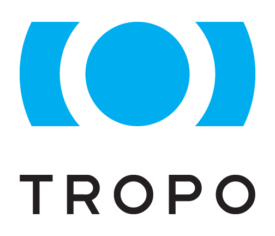 Tropo is a complicated company. It’s run by super smart engineers focused on the most complicated aspect of enterprise communications – APIs and communications enabling business processes. Over the years I’ve watched Tropo grow. The company moved from Florida to Silicon Valley, established some key provider partnerships, and developed numerous solutions such as PRISM, Phono, and Ameche.

Tropo’s original and current CEO is Jason Goecke, who used to come through Colorado regularly (until mom moved). Jason has always been a great source of information and one of my goto explainers. Jason and 41 other employees will soon be Cisco employees, a very exciting exit for the team.

The combination makes sense, but I suspect the Tropo team was primarily drawn to the fact Cisco ends with an “o.”

As Tropo moved toward carriers I stopped following them as closely. Though I suspect they are headed back to enterprise now.

Learn more about Tropo and how it might fit into Cisco by downloading the TalkingPointz 2Pager.