I’ve been asked regularly about my opinion on Avaya ever since attending Avaya Engage. My answer is “it’s complicated.” 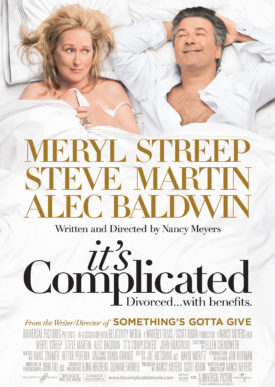 In many ways everything is just great. The conference was well attended. The mood was good. The vendors in the expo hall were happy. Several attendees I spoke to were upbeat (and confident). It was a good event – unique in many ways. A confident, yet humble Avaya was on display.

I've been asked regularly about my opinion on Avaya ever since attending Avaya Engage. My answer is "it's complicated."

In many ways everything is just great. The conference was well attended. The mood was good. The vendors in the expo hall were happy. Several attendees I spoke to were upbeat (and confident). It was a good event - unique in many ways. A confident, yet humble Avaya was on display.

But, there was a cloud over Vegas and not the type that Avaya needs. Actually, it wasn't clouds overhead but vultures.

There were lots of tracks at Engage - I was fortunate to be on the "Influencer" track (analysts, consultants, and media) -- though I missed the first day.

One of my conclusions is that event organizers are only in the second stage of grief regarding their financial predicament - denial.

From what I gather Avaya incorrectly assumed if they didn't talk about chapter 11, then no one would ask. That didn't work, so the ground team adapted. The first attempt was to change CMO Morag's go-to-market session to an open ended Chapter 11 Q&A.

You just can't win because I had lots of go-to-market questions. I was good with the solar names like Aura, Flare, and Equinox. Breeze was ok, Zang was kind of cute - but Edge for channel and Oceania? Speaking of channel does Zang have one? Unclear on Spoken too. And Engage targets mostly existing customers and partners - so how does the pipe get filled without being at Enterprise Connect 2017?

None of that was covered in the go-to-market session. Instead Morag answered chapter 11 questions with variations of  'maybe, but we don't know at this time.'

Understanding the unquenched thirst for information, an ad-hoc meeting was scheduled with Corporate Treasurer John Sullivan. Evidently, Avaya did not expect the need of a financial spokesman at the company's largest customer/partner/influencer event of the year a month after filing chapter 11, so he was brought in via (Avaya) video.

John, as usual, was excellent. He answered every question thoroughly. There was no presentation, so it was a bit like playing 20 questions. I've concluded chapter 11 is neither animal nor mineral.

I totally get why Avaya wanted to ignore Chapter 11. No matter how you spin it, it's bad. The company does a noble effort of trying to spin it positively (a necessary thing, a transition, will make the company stronger, etc.), but it sometimes comes off as wishful thinking. Or, maybe not.

Meanwhile, competitors are trouncing, employees are leaving, and FUD is up. I can't imagine this reverses or stems revenue declines.

Anyone that tells you that they know how this will end is lying to you.

There's a common belief that the contact center and networking solutions are so strong that they can survive reorganization/new-management/new-owners and anything else that chapter 11 may throw at them. UC isn't as invincible, but there's power in bundles.

I sincerely hope the best for Avaya. They are a hard working team of some very good people. Recognition is due to event organizers for a great event.