Over the past few years ShoreTel has gone through the largest transformation of all UC companies. Don Joos was named CEO in August, 2013. Evidently he looked around and decided to change everything. The company primarily competed on simplicity with simple…

The transition from voice to UC was the first show. The next show is UC to WCC. Workstream Communications and Collaboration is a new form of communication that starts with group messaging and blends in real-time and other asynchronous communications. While… 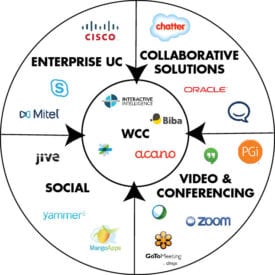 
The first time I saw Cisco Spark (Project Square) I didn’t fully get it. But it didn’t take long for me to realize that Workstream Communications and Collaboration picks up where UC left off. This blog started around UC ….

UC, messaging, and content together comprise a workstream, and that becomes a place where work gets done.

Conversation with Don Joos of ShoreTel

In this Executive Insights podcast, Jim Burton of UCStrategies sits down with Don Joos, CEO of ShoreTel. Discussion topics include the recent rollout of ShoreTel Connect, and a new channel program set to debut October 1.

Conversation with Don Joos of ShoreTel

In this Executive Insights podcast, Jim Burton of UCStrategies sits down with Don Joos, CEO of ShoreTel. Discussion topics include the recent rollout of ShoreTel Connect, and a new channel program set to debut October 1.

The OS for the Enterprise

Back in the days when I had the Director of IT title, the OS discussion was relatively limited. Windows. But it isn’t so simple any more. The server side has Windows, Linux, and hypervisors, and public cloud options. The client…

I have met so many creative people in my career. P{people who come up with ingenious solutions to problems. People who invent things. People who design things. Advertising artists and advertising copyrighters. Brilliant folks! These folks work for a living…

I hold a very different view of why Apple was so successful from that of most people. If my view is correct, Apple is now messing up big-time. I think the reputation is that Apple builds premium-priced artistically designed stuff…. 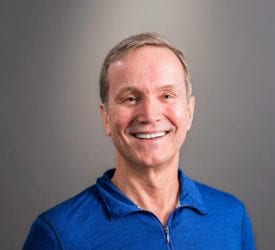 [This interview first appeared on NoJitter on July 16, 2015] Dr. Don Brown, CEO of Interactive Intelligence, is a serial entrepreneur with a history of success. His first software company caught the attention of EDS four years after its launch,…

I was genuinely surprised when AT&T saw the answer to its service problems being to spend $50 Billion acquiring Direct TV. $50 Billion is enough money to install ONE MILLION CELL TOWERS. Think about it. If AT&T had installed one million…

A Video on Enterprise Group Video

Gartner recently published a Magic Quadrant on Group Video Systems. The opinions of other analysts are one of my favorite topics, and this report definitely sparked some conversation. I enlisted two former video insiders for assistance: Simon Dudley, formerly with…

“Thanks for calling. Your call is very important to us. We are experiencing unusually high call volumes. Our menus have changed. Please listen carefully to the following seven options.” Let me comment about the above typical IVR phrases: Being thanked…

Connecting the World with Solar

We are in the telecommunications field. We can save the planet more effectively than nearly any other industry. Stop commuting. Stop business travel. Do things remotely and electronically. We’re are the forefront of saving the earth. So we should really…

Tomorrow (August 13/2015), Verizon institutes new simplified pricing. You start by paying $20 if your device can make phone calls, or $10 if your device is data only, unless it is a smaller device like a watch in which case…

At the Metaswitch Symposium in Nashville, Tennessee, recently, I had a chance to speak with several of Metaswitch’s customers/partners, including Ray Napoletano of Saddleback Communications/ReInvent Telecom and Chris Alberding, FairPoint Communications.

SIP Trunks to Reduce the Cost of Cellular

Verizon Enterprise Solutions today announced Wireless Connected VoIP. The new service eliminates per-minute usage charges on calls placed over the carrier’s US IP trunks to any of its wireless subscribers. While free cellular calls between subscribers on the same carrier are common, Wireless Connected VoIP extends the “on-net” benefit to enterprise wired connections.

There’s a popular fable about a woman that cuts the ends off the roast before putting it in the oven. It was something of a tradition that she learned from watching her mother. It turned out that mom did it…