I Want Native SIP Support on My iPhone

What is Important in Cell Service?

Colin here. We’re evaluating cellular networks the wrong way, and it is resulting in cell companies gaming the system to the detriment of their customers. Consider this article: “Sprint is No Longer the Worst Network, Says RootMetrics Study. The article…

Enterprise Connect is the Super Bowl of enterprise communications – but with just the commercials. I have a lot I want to share – and I will, but next week is Spring Break. Time off with the family. So, content…

Colin here. You may recall that Apple was supposed to switch to Sapphire glass with the iPhone 6. It was working with GT Advanced on this project, as we now know. GT Advanced declared bankruptcy when Apple decided at the…

Colin here. In China, the government makes no defense against their blocking of undesirable Internet sites. If you search on certain topics the search will be blocked. And, if you search repeatedly your IP will be disabled for a period of time….

Which Encryption Can You Trust?

An Office Without Phones

Colin here… I have written a few times about how I am seeing our office use phones less and less. We’re seeing a steady decline in the number of minutes and number of calls. It’s a slow but steady reduction….

Cisco Spark and other products in this emerging category acknowledge that conversations shift between asynchronous and real-time modalities.

I Chat with WeChat

Colin here. I have finally broken down and become an avid WeChat user.What, you never heard of WeChat? My understanding is that it is the most popular text/chat service in the world. It has hundreds of millions of subscribers. Well…

NEC’s solutions span across enterprise, public sector, energy, and carriers. Its enterprise solutions include UC, logistics, distribution, transport, production management, and plant management. The company observes that technologies are crossing between these sectors. With this multi-disciplinary perspective, NEC offers its observations and definitions for the modern “Smart Enterprise.” Specifically, NEC has identified 10 strategic drivers that are empowering Smart Enterprises.

The Price of $1 of Punishment Varies

Colin here. If you get caught stealing a 99¢ song you can be subject to hundreds of thousands of dollars in fines. Plus, the United States government will step in and provide free legal services and prosecution on behalf of…

What it Takes to be a Market Leader

Colin here. As an executive in a company I’m occasionally asked my opinion about what it takes to become a dominant player in an industry, preferably the market leader. I’ve spoken to a number of business schools on this topic….

Colin here. It is time to kill the proprietary, incompatible do-nothing Lightning cable on Apple’s iPhones. This non-standard cable provides no benefits to the user. It’s a pain in the butt. It’s expensive. And, replacements are finicky. I can see… 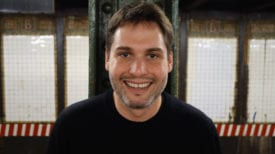 Steve Kokinos, CEO of UCaaS innovator Thinking Phone Networks, gives us the lowdown on where the company is today and where it’s headed.

In a post-Snowden era, Chinese ownership could significantly hinder ALUE’s success in the west as was the case with Huawei which has exited the US market. ALUE downplays this risk and points to the Committee of Foreign Investment in the US (CFIUS) approving the sale to Huaxin. CFIUS is the inter-agency committee that reviews, investigates, and potentially blocks foreign investments that are deemed to raise national security concerns. It is very likely that perception and competitive FUD will thwart ALUE’s expansion in the US and parts of Europe.

Someone Stole My SIP Trunks

Well, I did it. I committed the cardinal sin – and got caught. Default passwords on my phone system. Yesterday, I got hacked.  About 3 AM my phone started ringing – not a familiar tone. I work up and tried…

Collaboration companies will share their approaches to real-time communications, UC federation, presence, and more at the Enterprise Connect 2015 Innovation Showcase.