Colin here: Most of our folks have switched over to T-Mobile these days. They have free unlimited data worldwide* and that’s just compelling for a global operation like ours. Now that T-Mobile has WiFi calling, there are no dead-spots in…

It isn’t exactly news to describe how quickly things are changing in enterprise communications. This we know, it’s exciting and frustrating at the same time. We need to remember that the goal isn’t making communications cheaper, faster or clearer, but getting things done, solving problems, and innovating.

The Telegraph Beats Out the Telephone in the End

Colin here… Before the telephone was invented there was the telegraph. The telegraph was a lot like a text message or an email. You would write your message down and it would be delivered and printed at the far end….

It’s that time of year again. Enterprise Connect is upon us. As usual the conference will be held the third week of March, in the Gaylord Palms hotel in Orlando Florida.  This is without question, my busiest week of the year, and…

I do — and it’s a communications platform that centers around asynchronous messaging with intuitive capabilities for real-time communications.

I do — and it’s a communications platform that centers around asynchronous messaging with intuitive capabilities for real-time communications.

Colin here… An amazing thing happened recently, and very little fanfare was given to it: The global cell phone. It’s long been the bane of globe trotting road warriors to have to deal with which models of which cell phones…

Management Ethics in a Global Company

Colin here. Most employees can sidestep ethics questions because they have limited latitude to make decisions. A soldier cannot make any ethical decisions about those who he kills as that decision rests with higher ups. But if you are a…

My home/office gets Internet from Comcast. We tolerate each other, and do our best to avoid communications. In terms of broadband Internet there really isn’t a viable alternative. For the most part the service is fine. But when a hiccup…

Freemium or Your Money Back

IT managers have mixed reactions to freemium services, but the benefits are proven.

2015 is off to a bold start. Here’s a handy guide for some of the drama to watch for this year. ALUE ALU who? With regards to ALUE, most of us fell asleep while its parent worked to unload it….

The Problem with Looking Back at People Looking Forward

Colin here. There has been an articles circulating around about how Arthur C. Clark really foresaw the future in 1976. A Huffington Post writer expressed it thusly: Yet, Clarke, with total confidence, was somehow able to accurately predict the rise…

Life with a $70 per extension PBX

Colin here… So we are deploying these PBX systems that are costing us $50 to $70 per extension including the multi-line feature phone and then PBX (see prior post). This is crazy-cheap. I have a friend in a rival company…

Colin here. I learned about electronics by buying parts at Radio Shack and building concoctions. I remember Radio Shack being the king of CB radios in the days of Smokey and the Bandit. Despite having dorky brands like “Realistic” and… 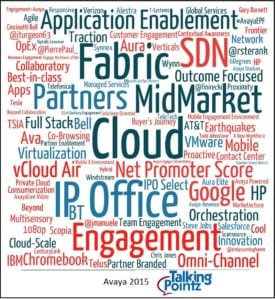 I’ve been brushing up on my Avaya. Bottom line is there is more there than I thought. Avaya is a complex subject and it is hard to put it all into words, so I figured I’d put it all into their…