The UC Summit is an unusual mix of education, networking, and wine. Here’s a brief recap of the past 24 hours. Lots of keynotes. Starting with Sonus, a vendor that few UC dealers and consultants heard of a year ago

Today was the first full day at the UC Summit in San Diego. The conference is aimed at Trusted Advisors or the combined groups of system integrators and industry consultants. This annual event is a fairly intimate conference – lots of food and wine (and wine). The sessions fall into two categories: industry updates and vendor product updates.

Colin here. We hear a lot in the news about the Chinese hurting US markets. It’s politically convenient to blame others for problems. The truth is that China represents the largest single opportunity in the history of the United States….

The Next Big Cloud: Internet2

Several higher education institutions joined forces in 1996 to attack their technology needs. The result was Internet2, a member-owned consortium to better address common technology challenges. One of Internet2’s key missions is to help members achieve their goals through collaboration. The Internet2 “NET+ SIP Program” team is creating a broad portfolio of hosted cloud services; including unified communications and trunking.

The Googrilla in the Midst

Is Google Apps winning in the enterprise? It’s a hard question to answer, but it sure feels like Google Apps are becoming pervasive; albeit not necessarily at the cost of Microsoft Office. Gartner found that Google’s cloud-based productivity suite is gaining market share. In terms of user counts, Google Apps went from about 10 percent of the cloud-office market in 2007 to about 50 percent in 2012 – that’s growing market share in a market that’s growing.

A few months ago, highly respected and legendary prognosticator Elliott Gold predicted that Vidyo would pass Polycom. At the time it didn’t seem particularly reasonable. But as Elliot says “the trend is clear.” My reservations with his prediction were that…

Fried on Why Work Doesn’t Happen at the Office

Jason Fried is the co-founder of 37 Signals and an outspoken critic of traditional approaches to business. His 2010 TEDx talk titled Work Doesn’t Happen at Work recently resurfaced in some LinkedIn discussions. He is a big proponent of remote work and distributed teams; even credits it as a competitive advantage. Therefore one might assume that this talk was about remote working, but it isn’t. It’s actually about making the office more productive.

I recently came across a few articles that hit some of the top issues among CIOs, and was disappointed to see how few were comms related. They were long and intimidating lists with broad scopes including development, big data, and compliance issues. I …

Is WebRTC a Threat to Skype?

A WebRTC topic that comes up fairly regularly is whether WebRTC is a threat to Skype. Publicly, Microsoft supports WebRTC, and is active with its development. Also, WebRTC is largely associated with Google, and these two firms often disagree about things. It isn’t surprising that there are some elements of this new standard that are contested between these firms. 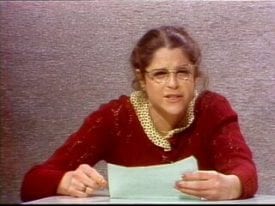 Special Guest Contributor Emily Litella here, now a part of TalkingPontz. It’s great to be part of such a professional blog. Today’s commentary is about Siemens Enterprise and what exactly they are communicating.  What’s all this I hear about Siemens…

Colin here. I had another set of luggage completely destroyed by the TSA. This is getting annoying and expensive. No, it wasn’t the airline, it was the TSA that ruined my luggage. I use a TSA approved lock. This is…

Spectralink Back in Boulder

Spectralink was founded in Boulder, CO and became the leader in wireless enterprise phones. That was pre-WiFi and VoIP. Their phones were integrated with and resold by most of the industry’s major system vendors. The firm was successfully transitioning its…

Hosted voice continues to grow in subscribers and scope. Many hosted providers have already expanded from dialtone to robust UC solutions, but now there seems to be a frenzy around contact center offerings. Here’s a short roundup of announcements made in just the past few weeks.

PC Disruption, Tablets and the Netbook

Don’t Save Money with Cloud

Businesses always care about ROI and minimizing costs. But don’t look at the cloud as just a financial exercise. The goal of moving to the cloud (or not moving) should be around collaboration. Often, the cloud begets collaboration. The cloud, in terms of cloud communications, can help an organization realize collaboration.

Colin here. It’s very rare when an individual raises to the level that they are worth listening to. Steve Jobs was one of those people. Kim Dotcom may be another…I’m watching to see. He is certainly one of the most…

A Closer Look at EC13 Best of Show

A closer look at Voxeo CXP

Last week I got into some debates about the death or evolution of the PBX. The bigger point though is how complex things are becoming to define in communications. It is a far bigger issue than “PBX.” What is Unified Communications? What is Cloud? What is open? What’s the point of all this communications technology if we can’t agree on language and terminology? Add to the list the term “Server.” I am not sure what a server is any more. Are you?